Penn Jillette, magician and co-creator of the bizarre unreleased SEGA CD game, Desert Bus, expressed his support for the video game industry this morning at DICE, defending it as an art form and shooting down the notion it breeds violent behavior.

While Jillette doesn’t play very many games himself, the famed magician wasn’t afraid to defend the medium during this morning’s panel with Gearbox Software’s Randy Pitchford, titled “Assumptions and Expectations with Interactivity and Magic.” 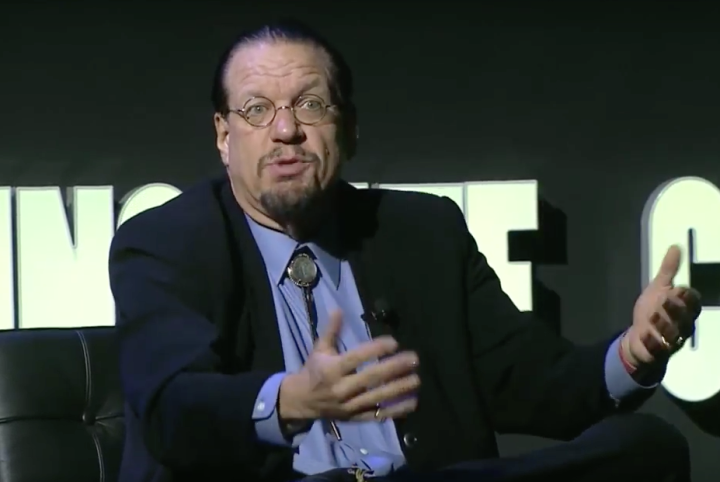 “It’s where our culture is. It’s what’s important,” Jillette said of video games, likening its cultural relevance to that of Rock and Roll’s popularity a few decades ago. “I just don’t draw a line at art,” he added. “There’s one show business, and we’re all in it.” He also didn’t hesitate to lump the medium in with other art forms, saying, “it’s the 21st century, stop beating up artists.”

Jillette also discussed with Pitchford the similarities between magic and video games, highlighting the importance of perceived choice. One of the greatest challenges, according to Jillette, “is to have someone make a totally free choice, put their attention exactly where they want” and be aware of that choice.

Having the ability to “exploit a certain kind of trust” with the audience is crucial, he explained, noting the ability to discern the location of a person’s attention is “the most important skill a magician can have.” Likewise, it is just as important for game designers to be able to give the player a choice, but at the same time direct them and be aware of their decision.

Microsoft’s underlying vision for the best Xbox One was so inseparably connected to the Kinect that the organization didn’t much think of it as a fringe: if

Xbox One S: The Pinnacle of...

Three years ago, Microsoft set out to create the

Share. The latest Far Cry is more ambitious than

It’s The Last Day To Get The Fallout